The Most Important Part of Making Movies

Take Home Pay is complete – the third feature film with cinema release by the Vaiaoga-Ioasas in four years. A fact that still fills me with awe. What is this secret recipe that allows them to consistently comple a production?

After my experience on this and other projects, there’s one thing I know is true every time:

The most important part of making movies happens before the cameras start rolling.

What do I mean by that? 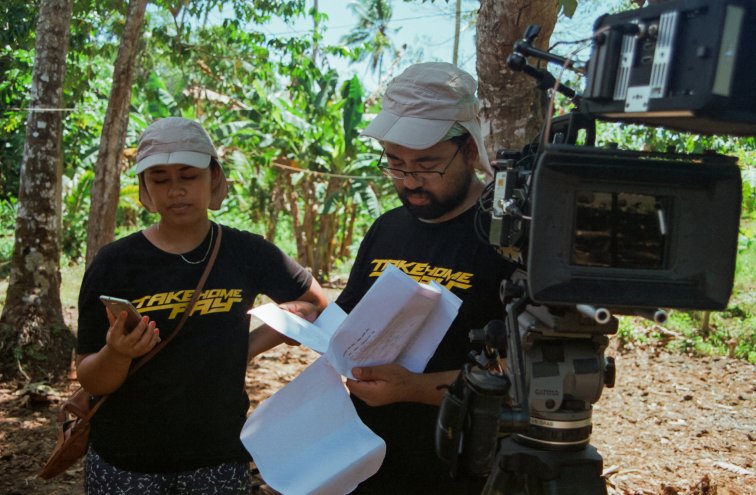 A good script is a surefire way of making a good movie. | Fuji Superia 400

At a basic level, it’s finding the right cast, thinking of your audience first and spending the time to hone the script. Stuff we were taught at Uni or film school. Get this part right, then everything flows naturally and easy from then on – from shooting to editing. Even though sitting in an office looking at spreadsheets, making phones calls, months of writing and rewriting is often dull and painful; it’s the part that, by far, has the greatest impact when someone sits in the cinema and watches your film. I can paint out mistakes in the picture, Dick Reade can smooth out problems in the sound, but there’s no black magic that can revive a dull story.

But I’d like to take that maxim further. It’s the things we’ve learned to make us better humans, before even learning to use a camera, that influences the success of a film. 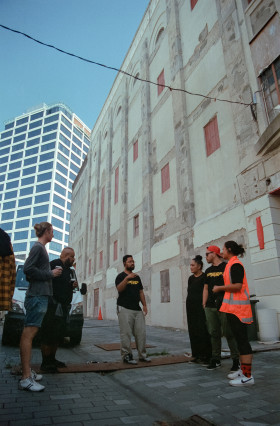 I remember meeting Dinah and Stallone 13 years ago. It was on a documentary about kids growing up in a small state-housing block in Northcote we made as a Uni project. We worked together on countless little films after that. Dinah was always on set – I can’t even remember what her jobs were but it was basically everything from sound or lighting or people management. Stallone had no limits to his ambitious, out-of-the-box ideas – he was the first person who taught me to jump cut. (Secretly I think he just did a bad job of shooting!) Their mum, Vaeani would always cook us the best sapa sui and a vast network of their loving friends would always come on board to support.

I could easily tell that this family was raised on pure virtue: study and work hard, stay humble, put others before yourself and always give back to the community. That’s why I, and so many others, cherish any opportunity to work with them. There’s so much to learn from how they are as people and I hope a tiny bit of it rubs off every time that chance comes around.

Fast forward to today and their virtue hasn’t changed. Each shoot day begins with a short encouraging speech, introductions to new faces and a prayer. Each day ends with a debrief with the cast and crew forming a circle and everyone getting a chance to say something if they choose. The atmosphere on set is overflowing with their charismatic leadership. Our crew is still tiny - the 7 or so of us seem to naturally follow in their footsteps and give more than we’re given. 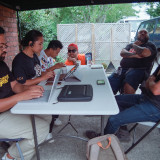 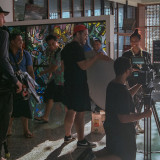 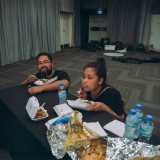 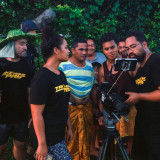 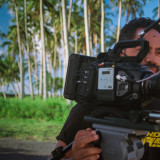 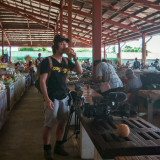 So, if you want to know how to keep making successful movies time and time again – well, actually, I have no idea. But a great start would be to become a great person that people would always want to say yes to.

Thank you, Stallone and Dinah, for the privilege of being a part of your film. I’m so proud you and so proud of the film we’ve created. I can’t wait to see you guys stand in front of a packed audience at the Civic and share it with the world. 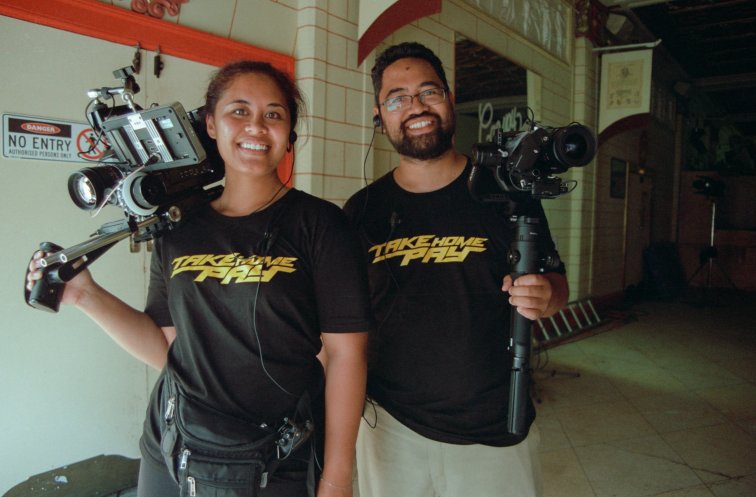 Stallone and Dinah - the best siblings I know. | Fuji Superia 400

2 years ago by Jack Woon