Adventures in the Ahom Kingdom

It was a once in a lifetime opportunity. Last September I was offered a job to direct a Discovery Channel documentary on the blend of tea, history and culture in India's Assam state. My first time in India - and what an amazing first impression it was.

Assam takes its name from the Ahom Dynasty which ruled this region until the 19th century. They were people of the Tai/Dai ethnicity - who migrated from China in the 1200's and are now spread across South-East Asia. Having shot a documentary in China's Yunnan province previously, it's very interesting to see how fluid culture is and the challenges of defining political borders.

The once gold-plated buildings of the Ahom Kingdom are now in ruins. Incredibly, I was allowed to walk around the bare walls of Rang Ghar, a sporting pavilion, and Talatal Ghar, an ancient imperial palace. Our guide pointed out the stairs onto which the emperor would dismount from his elephant. I wandered around the dark depths of the palace buildings imagining where a bed or a kitchen might have been. I'm told the Archaeological Survey of India, who manage historical monuments like these and the Taj Mahal, are notorious for not allowing or charging huge fees for any filming done on a tripod (apparently that's the thing that sets apart a 'professional' crew and a tourist...) so we were lucky to be here. 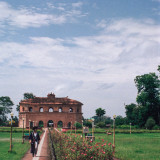 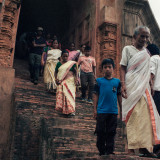 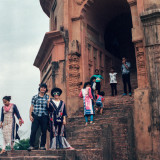 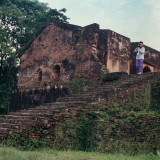 After the Brits came and took over, they planted huge tea gardens and gave Assam its main and most famous product. Assam produces half of India's tea, and if you know how much tea India drinks, that's a heck of a lot. There's more tea gardens in this small region than any other similar-sized region in the world, even the tea-growing centres of China. 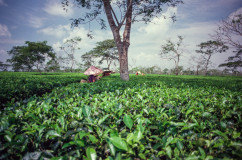 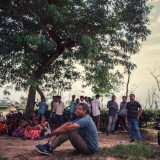 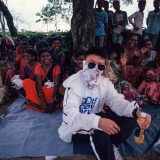 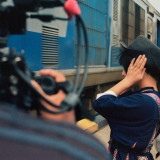 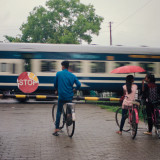 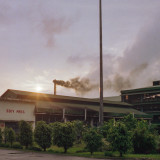 Near the border of Myanmar, we hung out with locals of the Singpho tribe, said to be the first people to drink 'wild' tea in India. Here, the architecture and the food have a very Eastern look and taste. 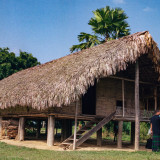 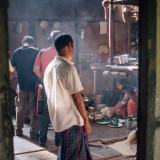 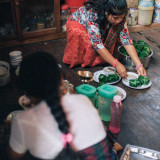 The Brahmaputra River is one of the main rivers of Asia, flowing from the holy Lake Manasarovar in Tibet through Assam and out to Bangladesh. It was eerily calm when we crossed it, but this is a river known for violent, immense floods. There's plenty of floating tree debris floating past, ripped from forests upstream.

We rushed to Majuli Island, the largest freshwater island in the world, to catch a festival called Gayon-Bayon, celebrating the founding of neo-Vaishnavite culture. Satras are the religious and cultural institutions where various song, dance and craft traditions are preserved. We visited master mask maker Dr. Hem Chandra Goswami whose masks are used to tell the epic tales of Hinduism. Definitely helps if you can tell the difference between the hundreds of characters in Hindu mythology! 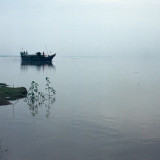 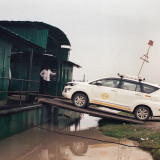 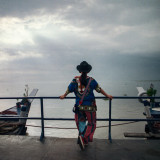 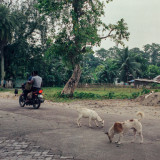 This doco was very well researched and produced by Rajendra Kondapalli of Pulse Media and AP Sumit Sharma. Rajendra's crew, who have been working together for 20 years, really blew me away with their skill and professionalism. As usual, it was high-pressure, low-budget and fast-turnaround, but everyone performed valiantly. 1 year ago by Jack Woon